Surprisingly Warrington’s proud and rich transport heritage is often overlooked, yet geographically it is situated in a position that historically made it ideal for the development of countless transport links.

As Britain became industrialised Warrington embraced the Industrial Revolution to become a manufacturing town, and as the navigational properties of the River Mersey were improved, over time numerous canals were built and a brand new transport network was created.

When the age of steam came Warrington naturally welcomed it, both as a means of transportation and as a source of power for its mills, and as the town grew yet more prosperous and popular, this second transport network was soon constructed and quickly extended.

The Warrington Transport Trail Half Marathon is a circular route that starts and finishes at Warrington Sports Club, and which incorporates many of the areas old transport networks, now ideal footpaths and bridleways for running on. 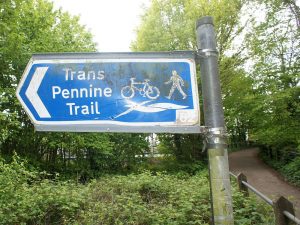 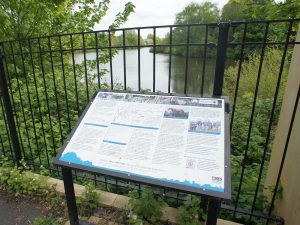 All entrants of the Warrington Transport Trail Half Marathon will be awarded with a finishers medal and an event T-shirt, and the course will be waymarked with marshalls in place where there is a change of direction to help participants navigate their way around the course.

After leaving the club the course follows Hough’s Lane for the first mile, giving plenty of time for the field to spread out, before joining the Bridgewater Canal where it heads towards Stockton Heath, Grappenhall and Thelwall. It then joins the Trans Pennine Trail for a short distance before hopping over the locks at Latchford.

Runners will then head along the Manchester Ship Canal before crossing the River Mersey at Woolston. They will then head off down the old towpath of the New Cut Canal, rejoin the Mersey for a short while, before running down the now filled in Black Bear Canal.

The last stretch of the half marathon rejoins the Manchester Ship Canal and then heads past The Stag at Walton – don’t be tempted to call in – and back to Warrington Sports Club for hot food and a drink.